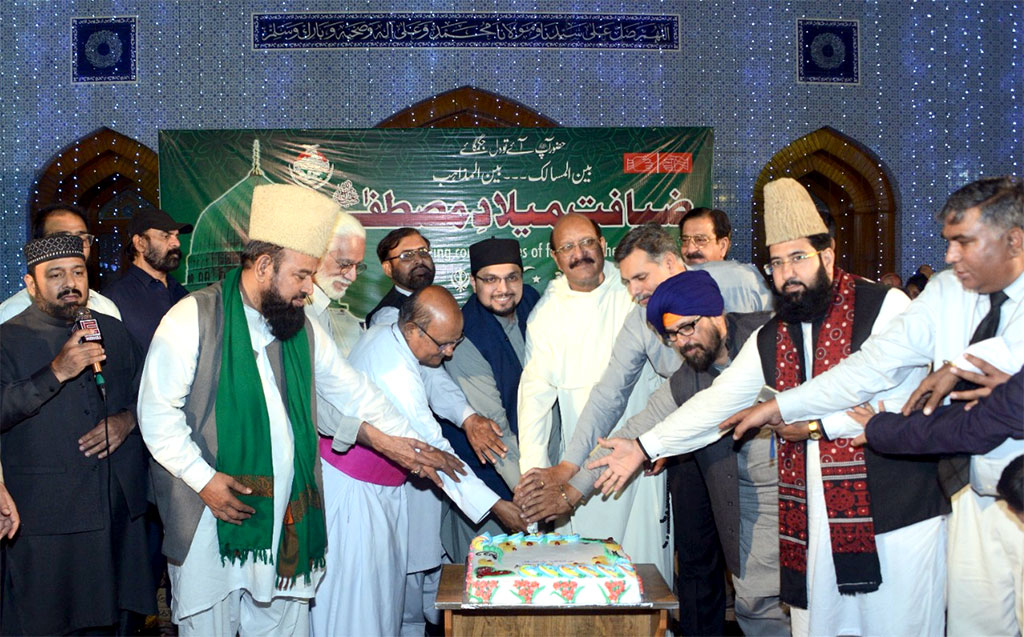 The faith leaders as well as religious scholars belonging to the various schools of thought threw light on the need for interfaith and inter-sect dialogue and harmony in the light of the teachings of the Holy Prophet (pbuh). 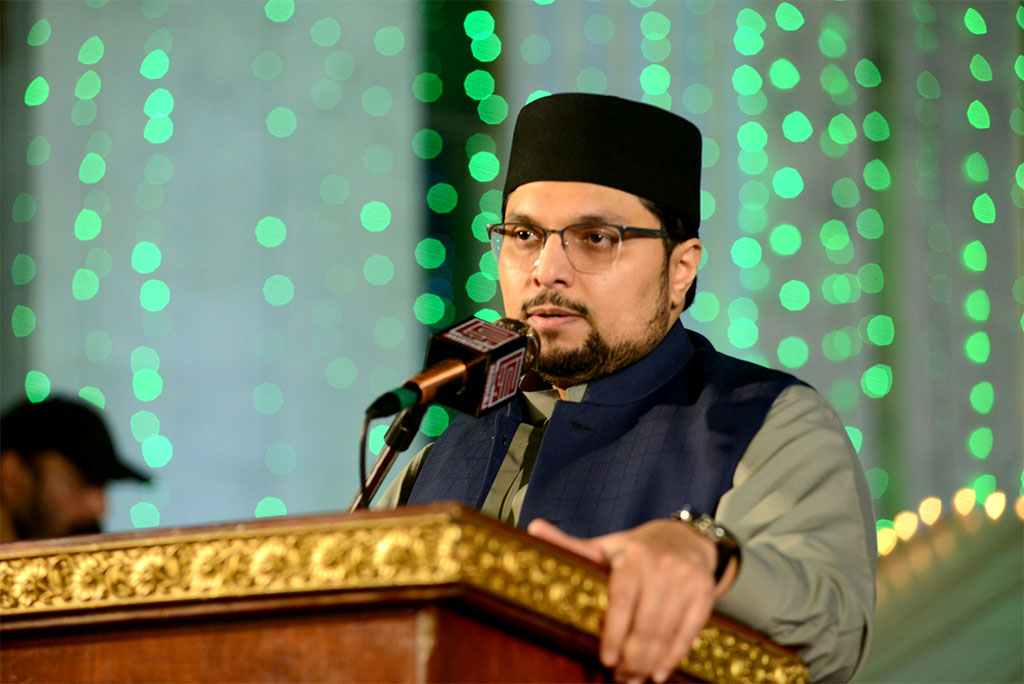 In his keynote address, Dr Hussain Mohi-ud-Din Qadri expressed his gratitude to Allah Almighty Who enabled us to celebrate the occasion of Mawlid-un-Nabi (pbuh) along with the leaders and representatives of all communities. He said that the teachings of the Holy Prophet (pbuh) brightened the whole world and encouraged Muslims to build bridges with other communities and give non-Muslim citizens equal rights in an Islamic state. He said that the State of Medina set up by the Holy Prophet (pbuh) was the best model of interfaith harmony. The beloved Prophet (pbuh) of Allah, he said, gave the world a concept of One Nation consisting of all communities.

Dr Hussain Mohi-ud-Din Qadri underlined the need for frank and candid dialogue to make the world hub of peace and tranquility. He said that Islam is a perfect religion that has specified a set of duties and rights for all segments of society.

Hindu leader Pundit Bhagat Lal Khokhar recited a Naat on the occasion. In his welcoming remarks, Director Interfaith Relations Sohail Ahmad Raza said that the sapling planted by Shaykh-ul-Islam Dr Muhammad Tahir-ul-Qadri 24 years ago has grown into a tree now. He thanked all the faith leaders and religious scholars for sparing time to attend the interfaith Milad feast.

Dr Hussain Mohi-ud-Din Qadri and other faith leaders lit up the candles in celebration of Mawlid-un-Nabi (pbuh) and cut the cake on the occasion.

Director Christian Study Center, while speaking on the occasion, said that every religion of the world including Islam imparts a lesson of love, peace and harmony. He extended his congratulations to Muslim community on the birth anniversary of the Holy Prophet (pbuh). He said that they were privileged to be part of this great gathering. He lauded the role of MQI and said that it is bringing religions and cultures together.

The representatives of all religions made a prayer according to their respective beliefs for the establishment of sustainable global peace. Milad feast was served up afterwards. 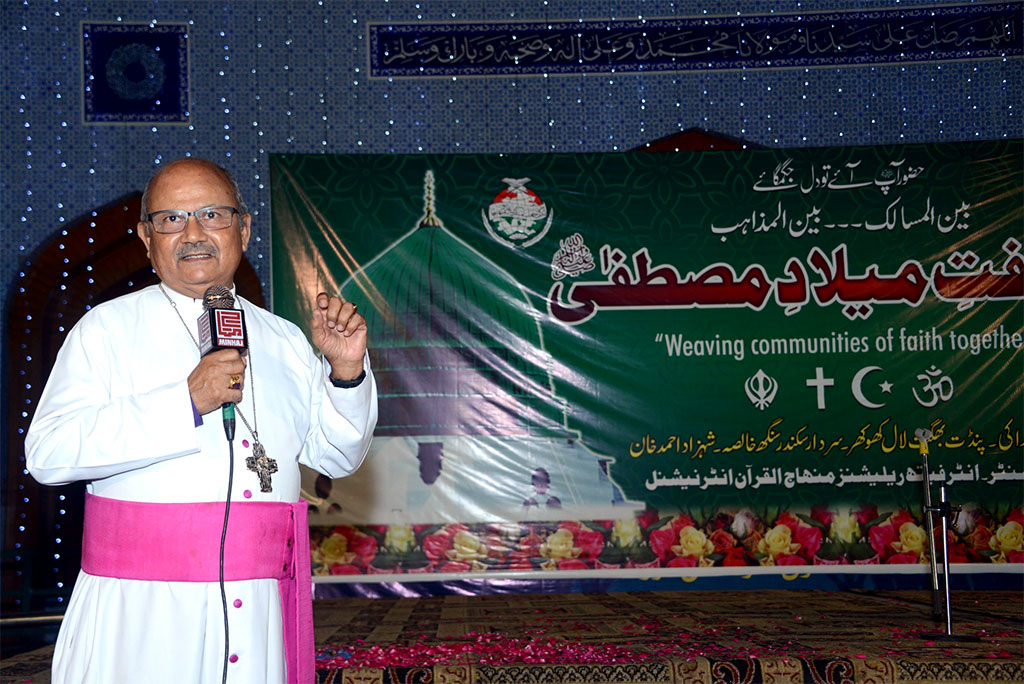 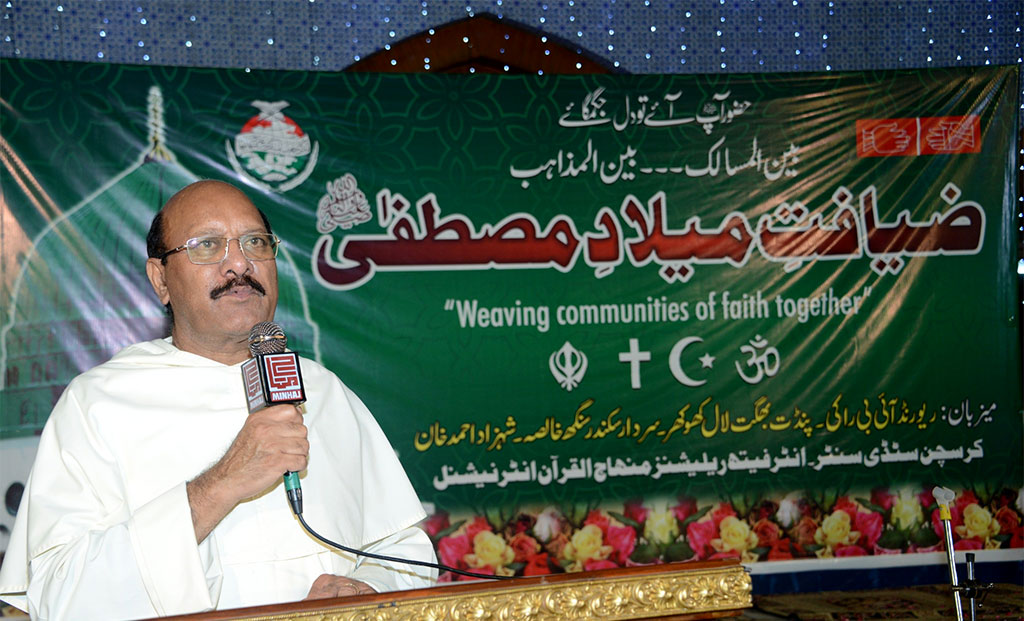 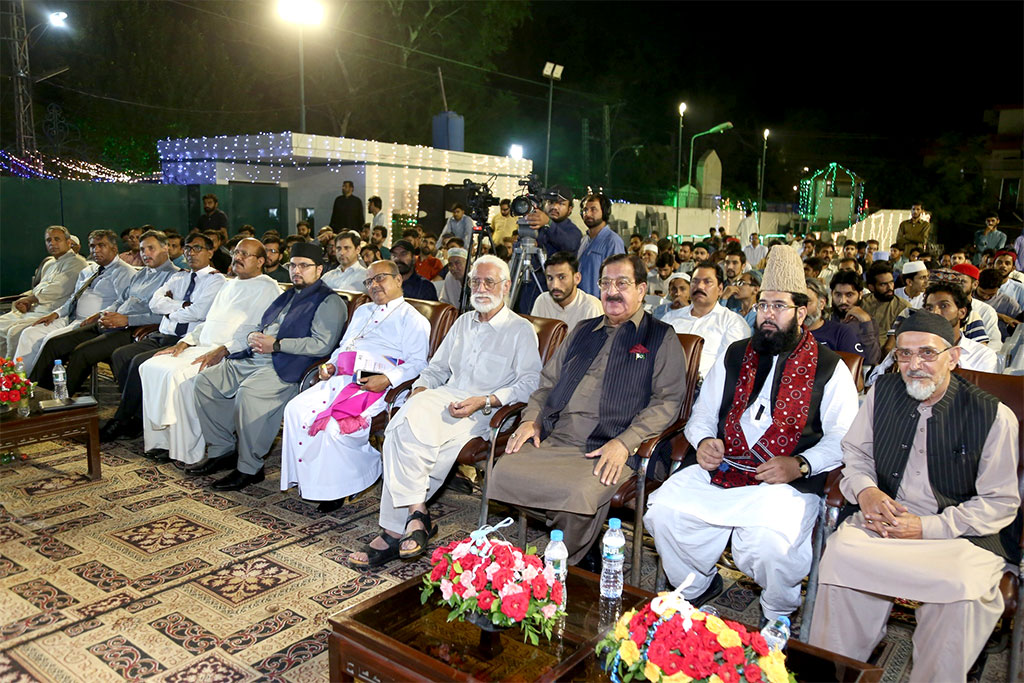 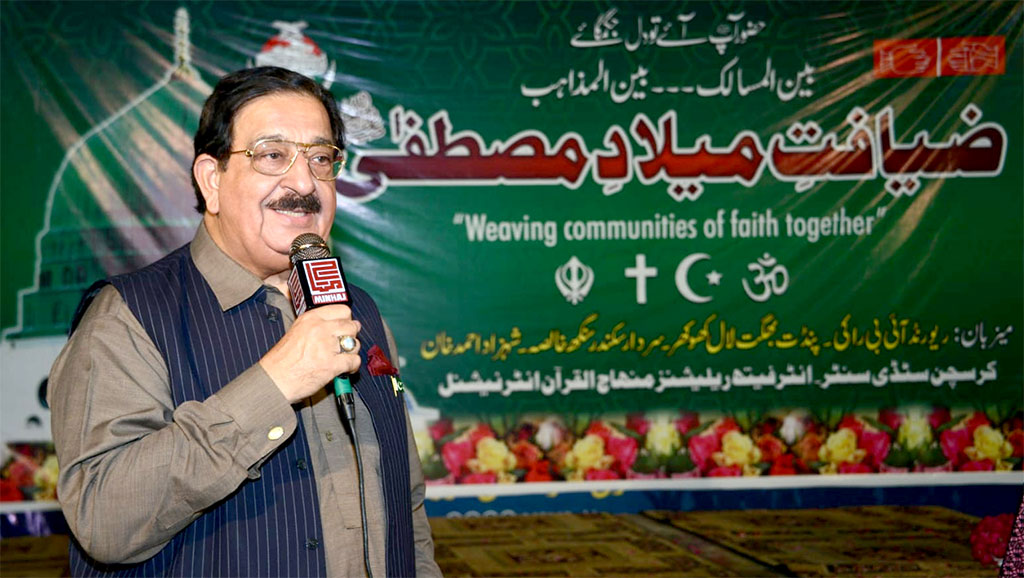 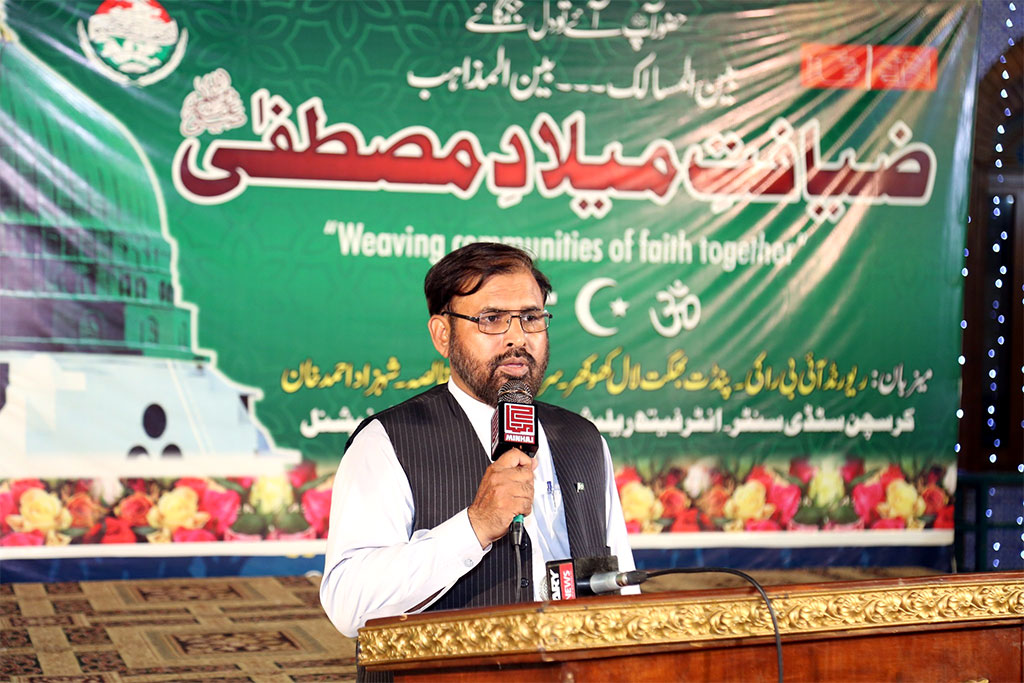 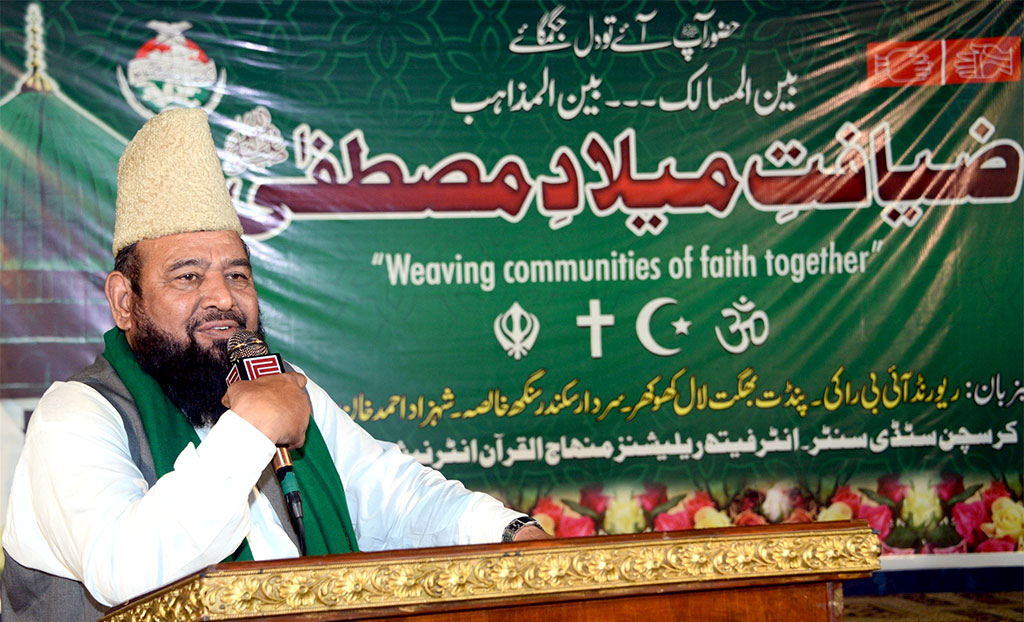 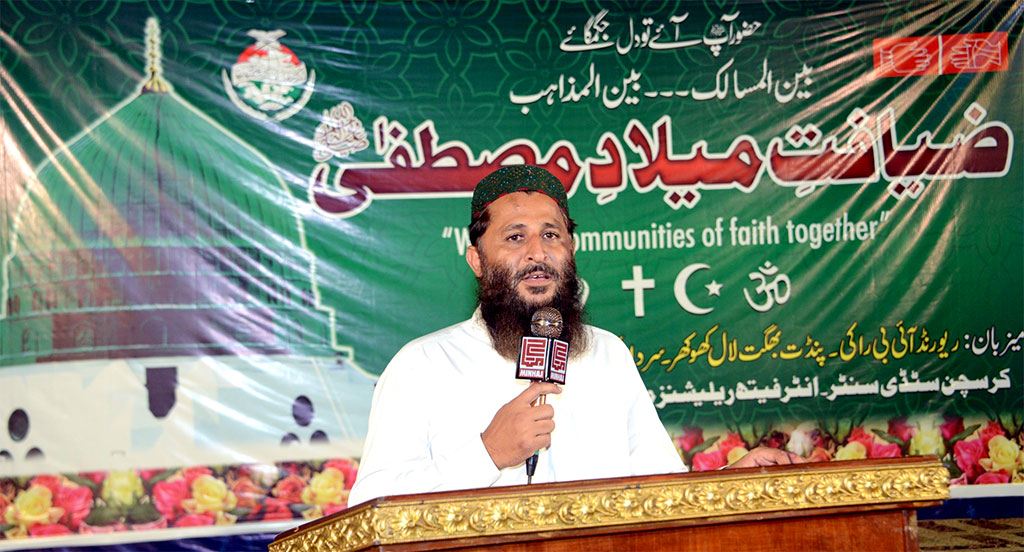 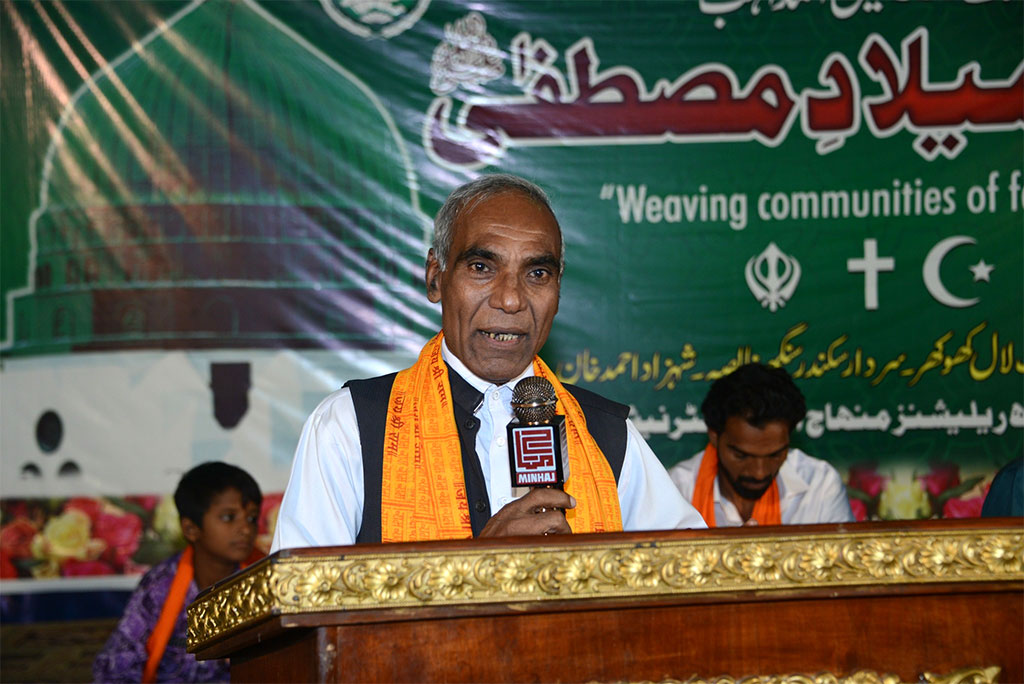 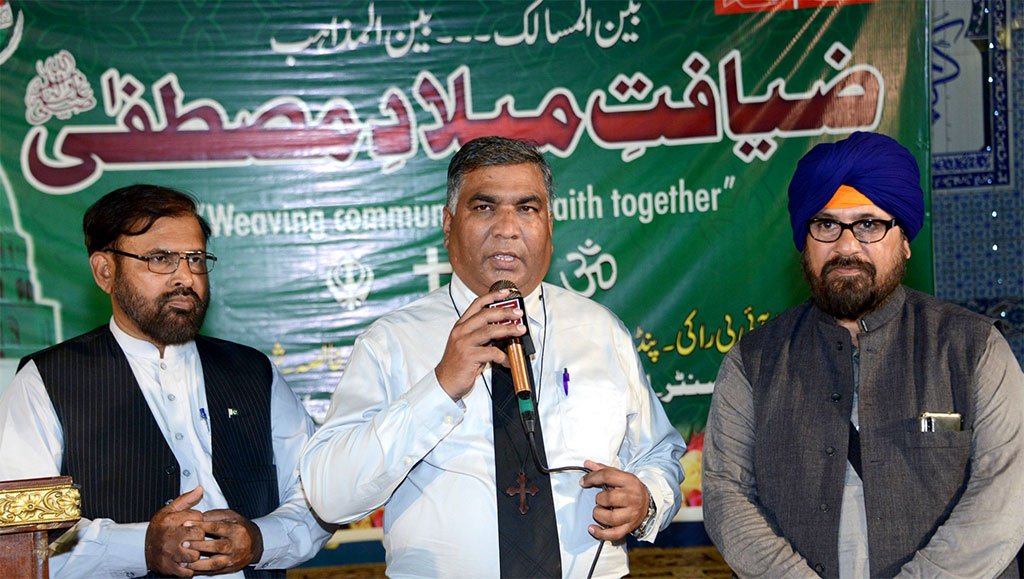 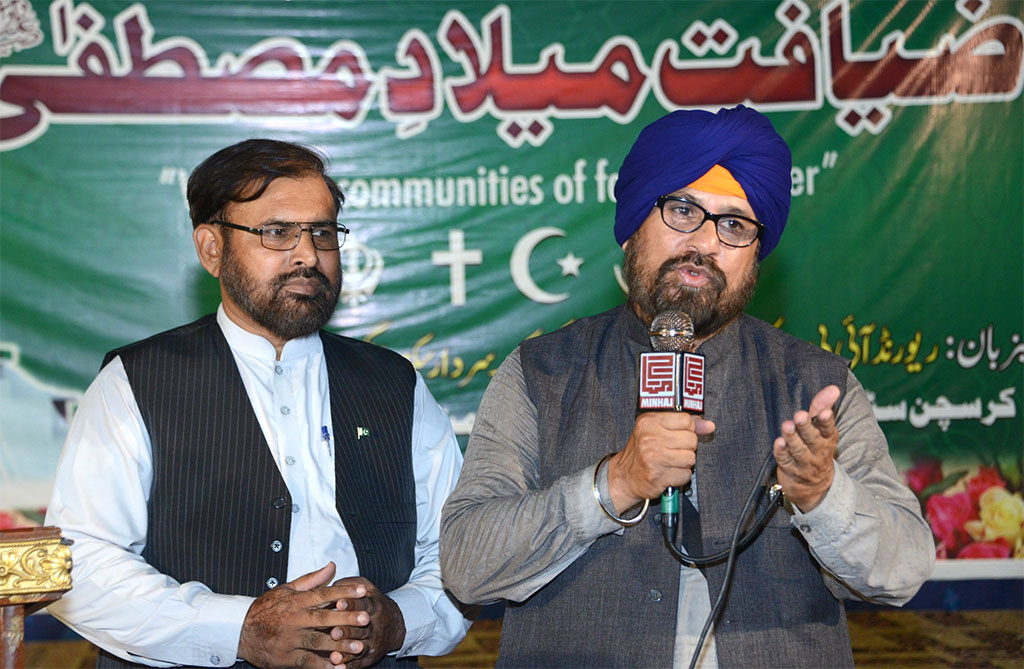 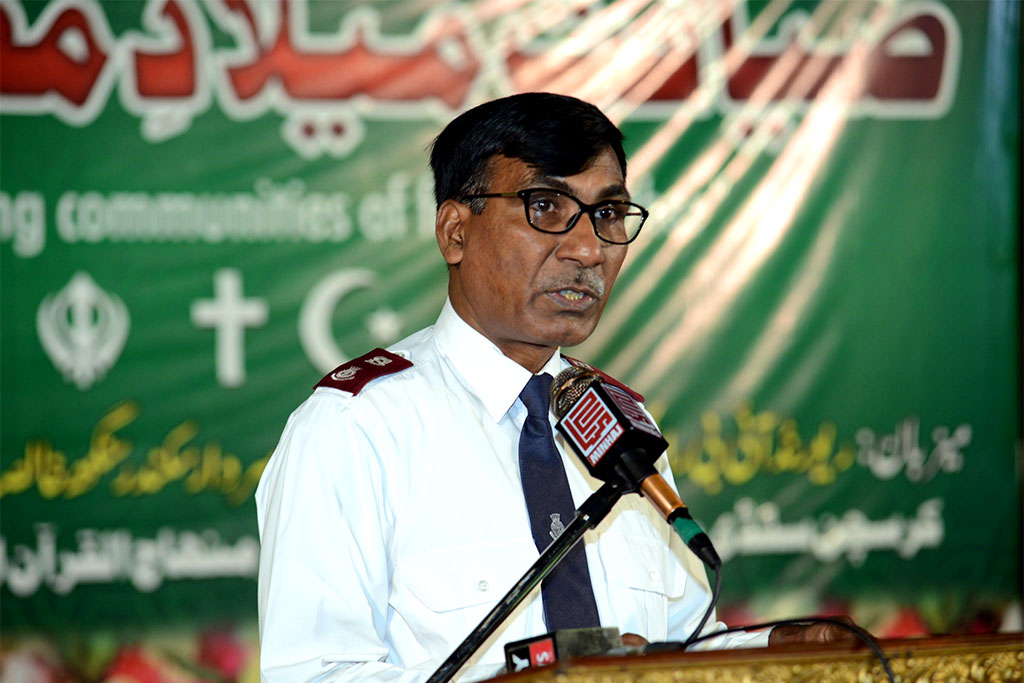 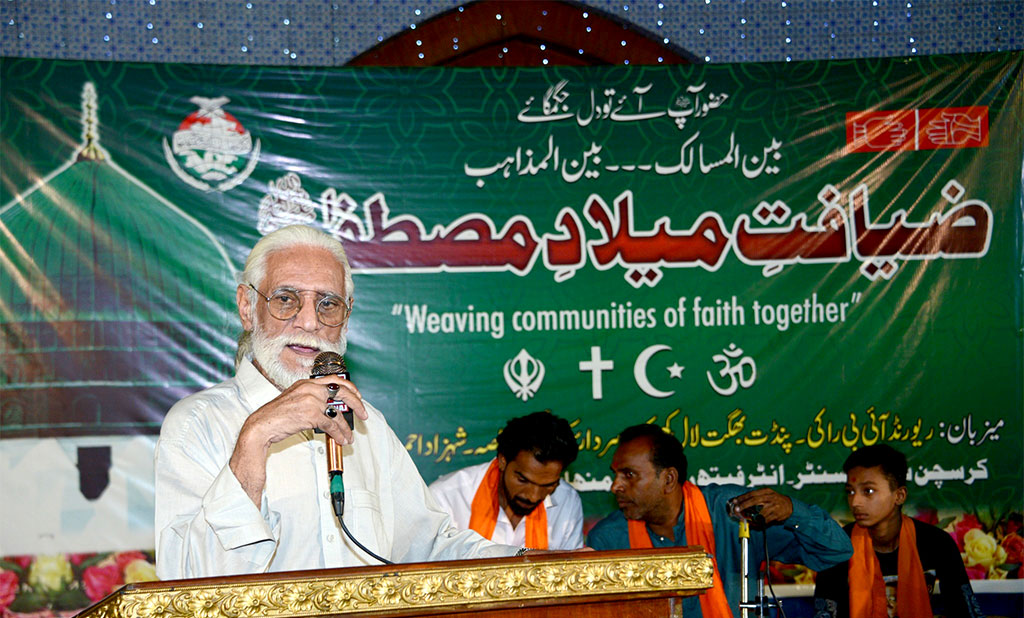 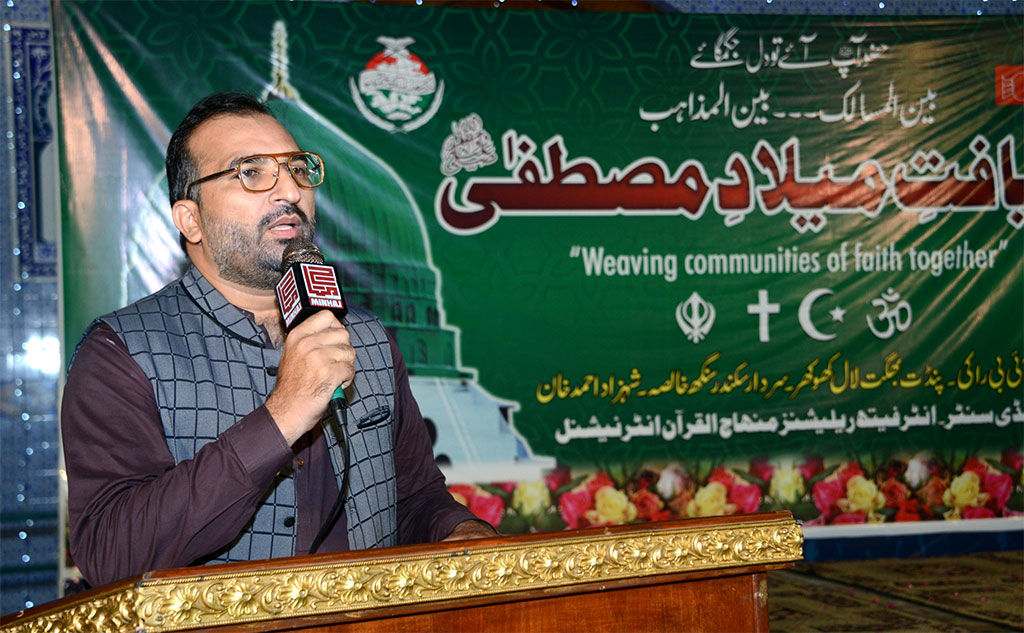 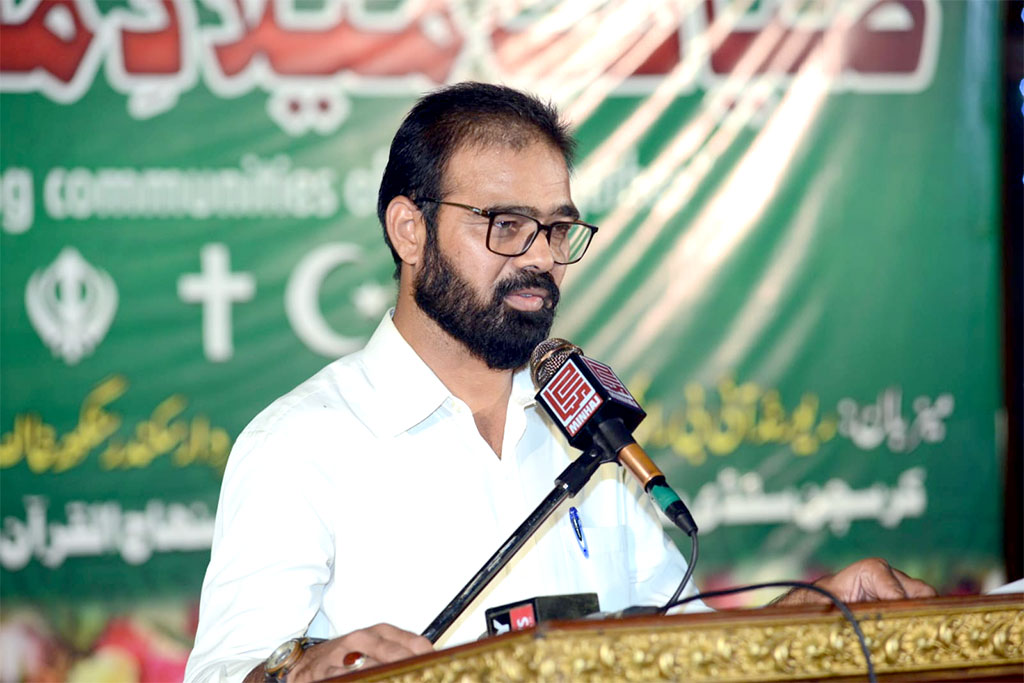 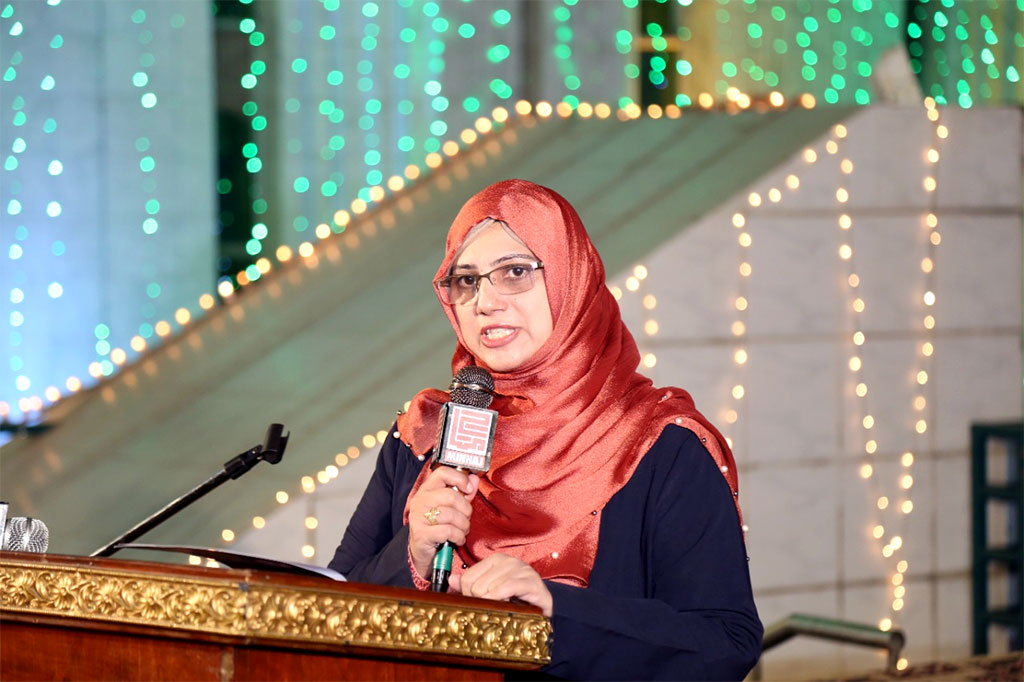 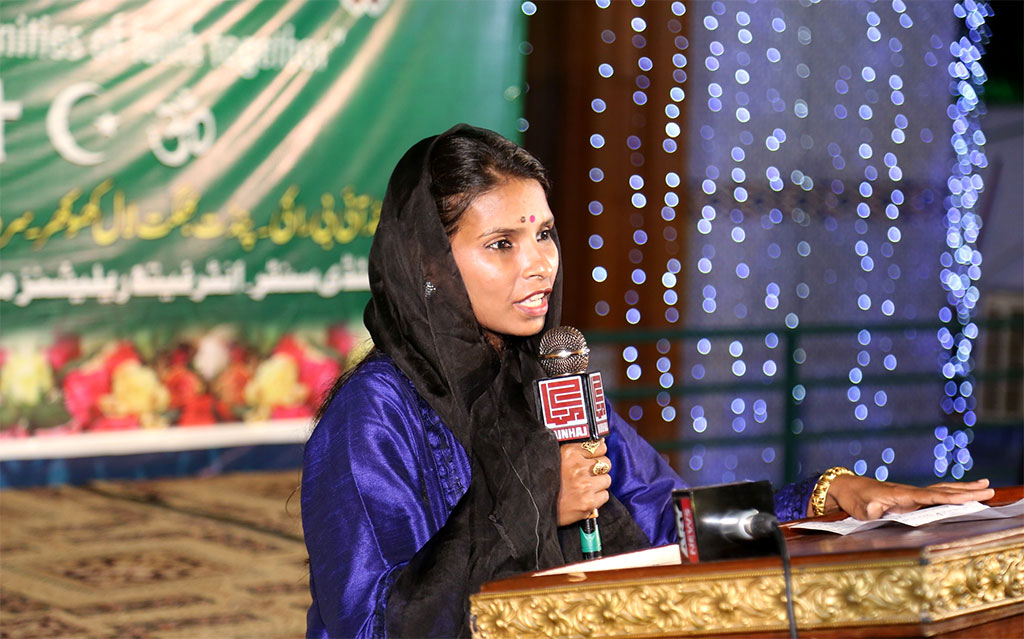 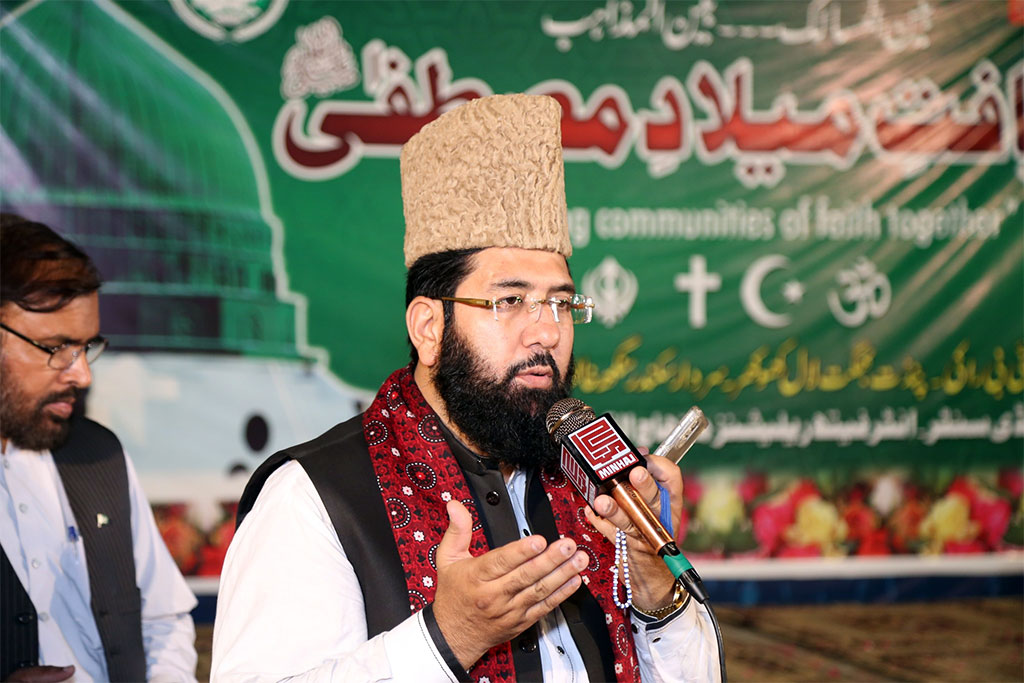 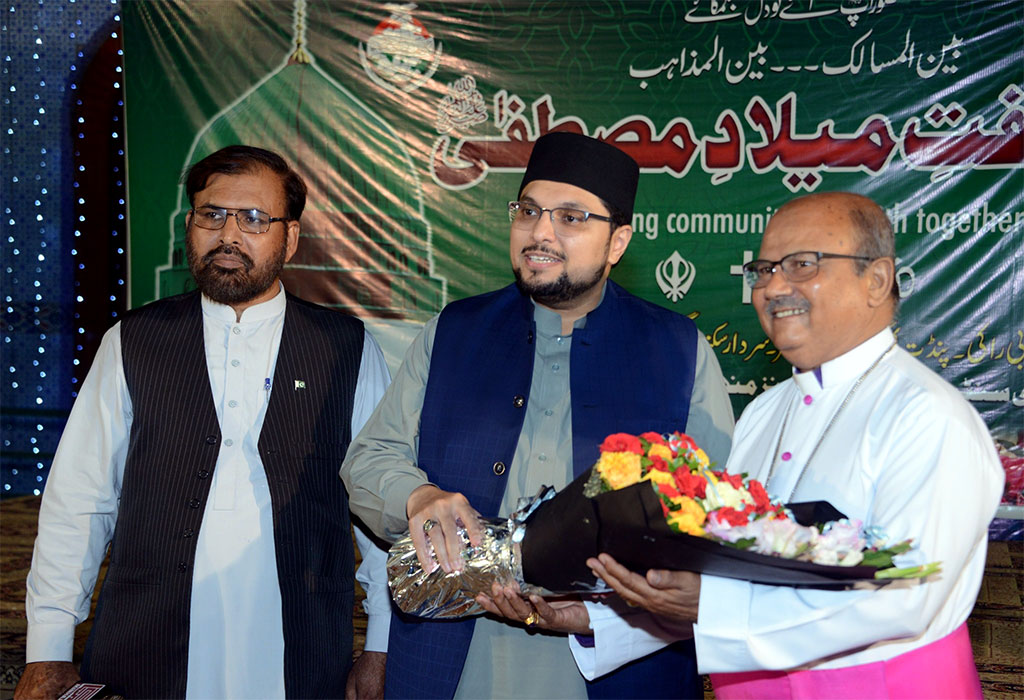 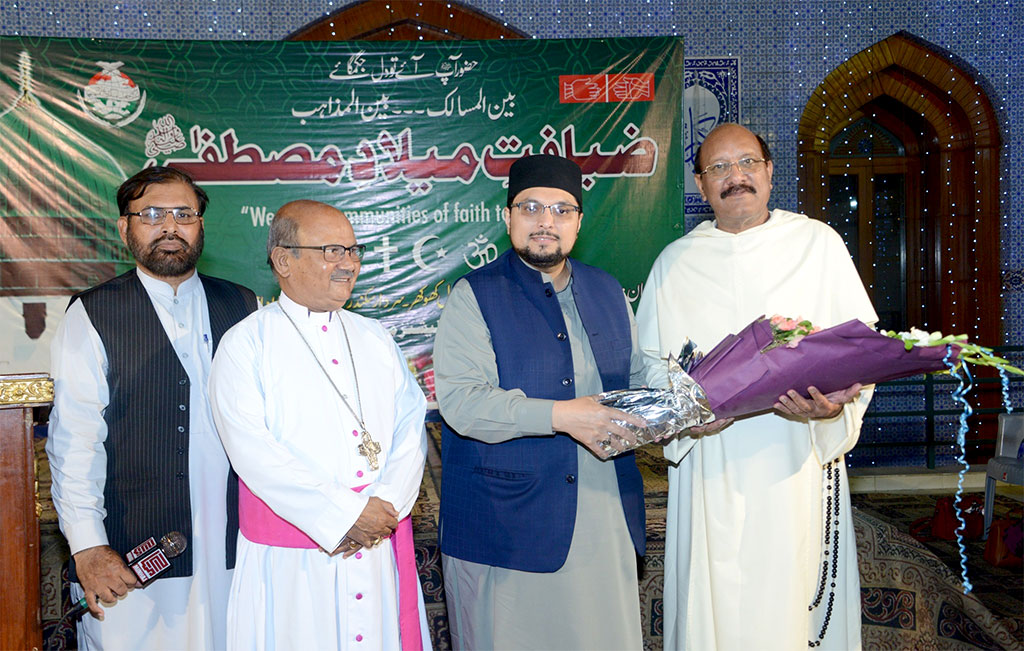 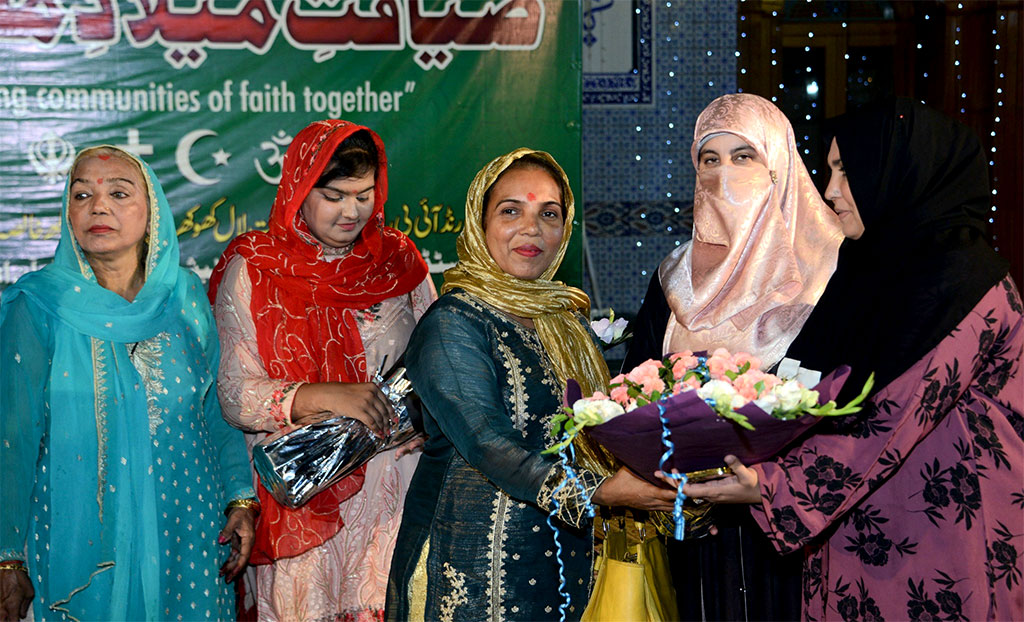 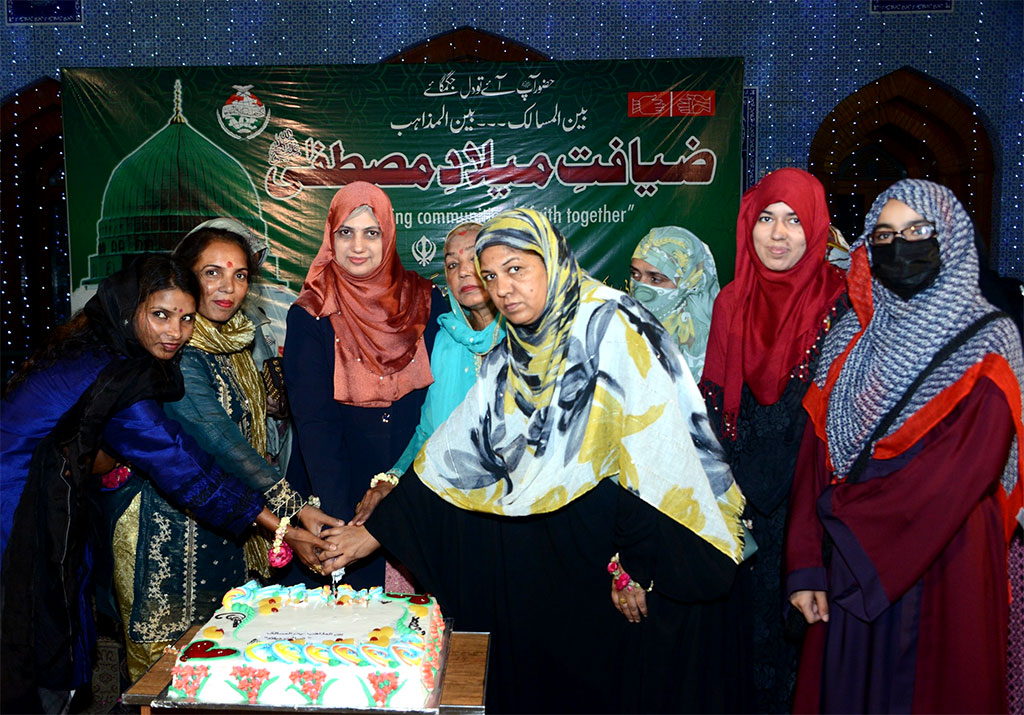 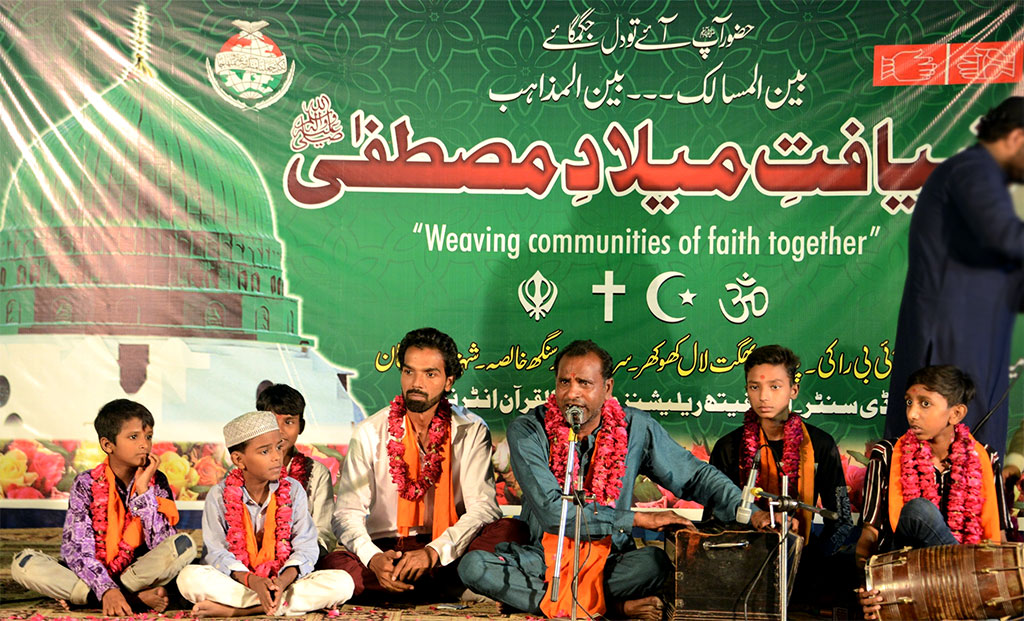